Located fifteen minutes west of downtown Reykjavík, Kaffihús Vesturbæjar thrums with local life. To my right, the former Minister of Culture is engaged in an animated discussion; to my left, a college student thumbs through a hefty anthology of Sagas. In an atmosphere rife with Icelandic conversation, it feels wrong to greet Ragnar Helgi Ólafsson in English. It won’t be the first time these concerns with language and identity surface—when asked if he feels like an “Icelandic writer,” Ragnar Helgi asks how being “American” has shaped my way of being in the world.

It’s a tough question. As Ragnar Helgi puts it, “all these words are so difficult to use.” The sentiment seems appropriate: whether in regards to the “immortality” of literature, the conundrum of defining one’s nationality, or the shortcomings of Google Translate, our conversation revolves in large part around the difficulty of using words to capture experience. Luckily, as the co-founder of Tunglið forlag—a small press that waits until a full moon to publish exactly 69 copies of its “Moon Books”—Ragnar Helgi is no stranger to challenging the boundaries of language and literature.

END_OF_DOCUMENT_TOKEN_TO_BE_REPLACED

Sverrir Norland appears on my screen flanked by shrubbery and sunlight. “It’s so warm in New York,” he groans, shielding his eyes. “What’s it like in Reykjavík?”

I glance out my rain-drenched window: “Looks like you’re missing out on all the good weather.”

It won’t be long until Sverrir can find out for himself—he’s returning to Reykjavík in the fall to celebrate the release of his second novel, Fyrir allra augum (For All Eyes to See). For now, Sverrir and I are an ocean apart, connected through the Internet and the intimacy of the Icelandic writing community. Having interviewed several other younger writers, it was only a matter of time before I got in touch with Sverrir over social media. “I very likely know (or know of) all the people you’ll talk to,” Sverrir’s last Facebook message reads. “That’s Iceland.”

But what does being an “Icelandic” author mean, especially after relocating to Brooklyn? What is it like standing at a hazy intersection of languages, artistic mediums, and national identities? And why is Iceland similar to a “small town in Texas”? As the rain drums over Reykjavík, Sverrir offers a fresh take on the relevance of the Icelandic Saga, the sins of contemporary American writing, the energizing beauty of poetry, and more.

END_OF_DOCUMENT_TOKEN_TO_BE_REPLACED 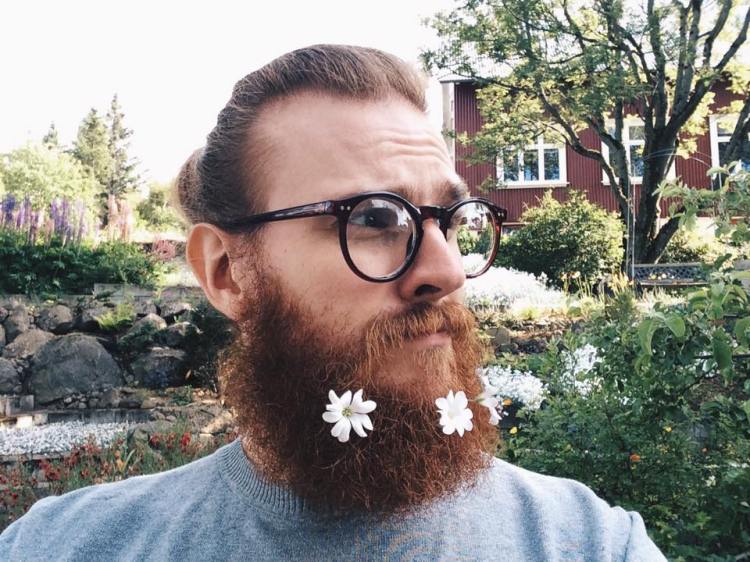 Kjartan Yngvi Björnsson shakes my hand with a vice grip. With his russet beard and towering presence, the man before me could pass for a stoic fantasy hero. But when the conversation turns to tabletop games, the fifth edition of D&D, and the misrepresentation of women in media, Kjartan Yngvi’s face lights up. “I could talk about this for four, five hours,” he assures me. “And contact me if you ever want to chat about linguistics, comparative literature, and history—that’s kind of my thing.”

With their Three Worlds series, Kjartan Yngvi and his co-author Snæbjörn Brynjarsson have become defining voices in a new wave of Icelandic fantasy. Why has it taken Icelandic readers so long to embrace this genre, and what real changes can fantastical literature bring about in society? As Kjartan Yngvi points out in our conversation, speculative fiction doesn’t just grapple with the imaginary. Like all literature, its power lies in its ability to reflect our world and question the ideas we’ve taken for granted.

END_OF_DOCUMENT_TOKEN_TO_BE_REPLACED

Hildur Knútsdóttir meets me in Te & Kaffi Aðalstræti, pram in tow. For an hour, Hildur juggles my questions of feminism, social justice, and contemporary Icelandic literature while cheerfully keeping her infant daughter Örk entertained. In the span of a conversation, I witness an impressive balance between literary commitment and engaged parenthood. “Mothers deserve so much more credit,” I tell Hildur, and she laughs.

I encountered Hildur’s writing through online feminist articles, which fueled my curiosity about the state of women’s literature in Iceland. The following conversation reveals that—in spite of its reputation for gender equality—Iceland still has much work to do in terms of representation.

END_OF_DOCUMENT_TOKEN_TO_BE_REPLACED

Jón Karl Helgason sits across from me at a table in the University Bookstore. “What’s your background?” he asks. “You’re from the United States, right?”

I explain that I’ve lived in the States my whole life, but my parents are Taiwanese immigrants. “I’m fascinated by this idea of cultural exchange and what it means to ‘belong’ to a country,” I tell him. Part of my interest in Icelandic literature is its direct link to national identity, one reinforced by governmental support and a culture of reading. How might globalization and linguistic change affect this literary heritage?

As it turns out, “Icelandic culture” isn’t so easily defined. In our conversation, Jón Karl reveals not only the fluidity of what it means to be “Icelandic,” but also questions how we view culture itself.

END_OF_DOCUMENT_TOKEN_TO_BE_REPLACED

I meet Rúnar Helgi Vignisson at his office in the University of Iceland: shelves overflowing with books in different languages, the window framing a view of an overcast Reykjavik. “Pick any seat,” he tells me, laughing. “This is the first test.”

I seat myself behind a sturdy black typewriter. I later learn that Rúnar used this machine to write his first novel, Ekkert slor (No Mean Thing, 1984). Today the typewriter bears a single sheet of paper: a printed excerpt from a classic Icelandic Saga. This same interplay between antiquity and modernity—and the tension between Iceland’s literary heritage and its future—becomes one of the many topics of our conversation.

END_OF_DOCUMENT_TOKEN_TO_BE_REPLACED

I’m Ariel Chu, a rising senior and English major at Williams College. My love for writing has taken me to Reykjavík, where I’m currently undertaking a Wilmers Fellowship research project about Icelandic literary culture. From June 25 to August 8, 2016, I’ll be investigating the relationship between Icelandic life and the immense literary heritage of this small but prolific nation.